What About an Android Version?

While we are hopeful that an Android version of our app will become available at some point, we cannot guarantee its development. However, it is important to note that our app will be open-source, and our source code will be made available once we actually publish our first iOS version of the app. At that point, we hope that others who are adept at programming for both Mac and Android will take our source code and re-purpose it for Android, either as part of our non-profit effort or else as part of their own separate enterprises. That’s the magic of open-source … we make our idea a reality and then release the source code into the public domain … an approach that is likely to stimulate further evolution and expansion of the idea.

To be clear, our primary goal is to bring an iOS version into being and then refine it by adding new pitch-shifting algorithms. Then we’ll see what happens. And if we are able to obtain enough financial support, we might very well focus on developing an Android version, or else hire someone else to do it for us.

One Solution: Purchasing a Used iPhone?

So … what should you do if you own an Android phone and don’t want to wait a year or two for an Android version to “possibly” show up? We suggest that birders using Android phones consider purchasing a used iPhone (for as little as $125) and then dedicating that phone for use with our Hear Birds Again iOS App

Purchasing a used iPhone potentially provides an inexpensive and reasonably stable solution. But note that eventually it may be necessary to upgrade to a newer used iPhone because of Apple’s release of a version of iOS that forces changes to our App that render it incompatible with older iPhones … a problem that would also arise on the Android platform.

Apple’s current operating system is iOS16. Go here to view Apple’s list of compatible devices, the least expensive being the iPhone 8. An internet search will reveal that one can purchase a used iPhone 8 for as little as $125.

When choosing which used iPhone to purchase, it is important to keep in mind that when Apple updates its mobile operating system from iOS16 to iOS17, it is possible that the iPhone 8, which was released in 2017, will no longer be supported. Note that iOS 16 was released in late October 2022. On the average, Apple updates its iOS every years, so iOS17 is likely to appear in October of 2023. So … this means that a used iPhone 8 could very well become incompatible with the latest operating system in a year’s time.

A solution to this problem is to purchase a used iPhone that was released only a few years ago, such as the iPhone 11, released in 2019 and available used for around $300. It is likely that this iPhone will continue to be supported for another three or four years as Apple updates its iOS and we likewise update our Hear Birds Again app to work with the new operating system. 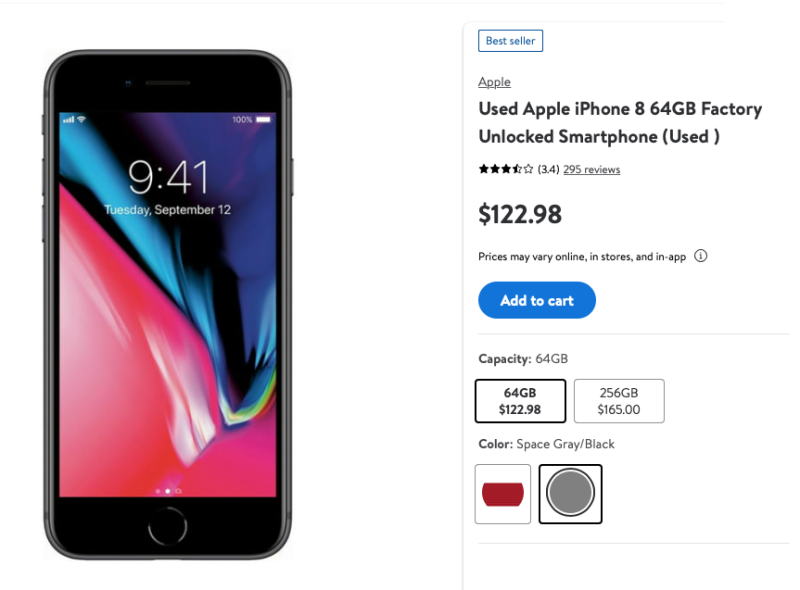